The moment I saw the Umarex Legends Cowboy Lever Action BB gun at the SHOT Show this year I knew it was going to be a hit.

This is a lever action repeater that holds 10 realistic cartridges, each holding a single BB that’s loaded into the base. The cartridges load into the rifle from the right side of the receiver and feed through the action exactly like firearm cartridges. 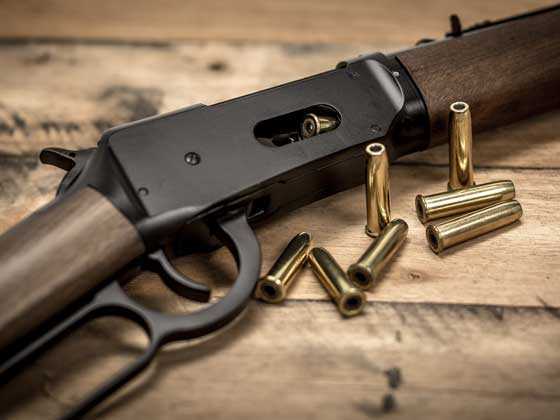 When the lever is pulled down the bolt slides back, ejecting the now-empty cartridge, and the next cartridge is fed by spring pressure onto the elevator. As the lever is returned, the cartridge is aligned with the breech and fed into the breech. It takes a few moments to describe but far less time to happen — making a lever action almost as fast as a semiautomatic. 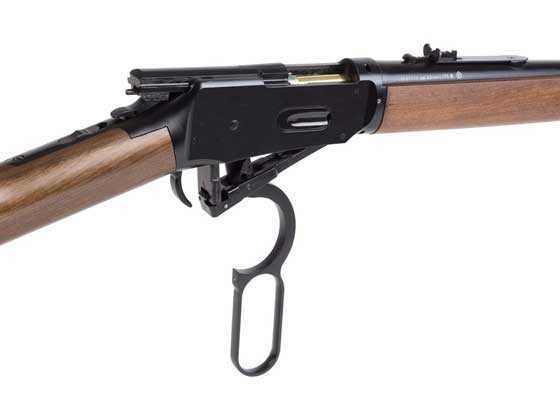 What’s it like to shoot a lever action? Right away you realize that your hands move faster than your eye can sight, so you need to speed up your reflexes to keep up. When the lever is smooth you can leave the butt of the gun against your shoulder, speeding up the time it takes to acquire your target. Maybe you can’t do it with a Red Ryder-style BB gun, but with this one, it’s easy! In a short time you will start to speed up because the gun helps you do everything but pull the trigger. Lever actions require more movement than semiautomatics, but they are nearly as fast.

Don’t confuse this BB gun with the Walther Lever Action Rifle. That one is rifled and shoots pellets. It doesn’t use cartridges but has an 8-shot circular clip that flips out of the right side of the action for loading and unloading. The two airguns look very similar but the price difference of $260 alerts you that there are differences.

The Legends Cowboy BB gun is all metal and wood on the outside. Well, a reader pointed out that it isn’t real wood, but it’s so realistic that I was fooled! That’s pretty good!

The trigger, hammer, lever, saddle ring, both sights and even the cap at the end of the forearm are all cold metal! At 6 pounds, the gun feels about right, though there is a touch of butt-heaviness.

The Umarex BB gun has a smoothbore barrel. It is powered by two 12-gram CO2 cartridges, rather than the single 88-gram CO2 cartridge that’s in the rifle. According to the specifications, it gets velocities up to 600 f.p.s. That should please many shooters, though I must warn you that a BB going that fast will do a lot of damage if it hits you. I was hit by a BB that bounced back from a 10-meter target, and the BB split my lip and drew blood. That, despite traveling 66 feet and rebounding off a hard target. And that BB only left the muzzle at 510 f.p.s., so this gun is one to be careful with!

No doubt someone wants to know if these BB cartridges will interchange with those found in the Colt SAA BB guns that are so popular. I took a cartridge from a Weathered Duke Colt BB Revolver and cycled it through the action several times. It fed perfectly. Also, the headstamp on the base of both cartridges is the same — “UX 4.5 mm and a capital S inside a circle.” Checking it that way isn’t scientific, but I think they do interchange. I also asked Umarex USA, but they didn’t answer me before I scheduled this report for publication.

Will it shoot pellets?

Some readers will be interested in knowing whether this smoothbore gun will also handle pellets. I can find no caution in the manual to not use them, so I will give them a try. But a smoothbore BB gun should not be considered as an accurate pellet gun, even if it does function with them.

Besides the BB cartridges, the sights are among the most realistic of the features on this gun. The front sight is a post with a gold bead on top — very reminiscent of the type of front sight you might find on a .22 rimfire lever action rifle. 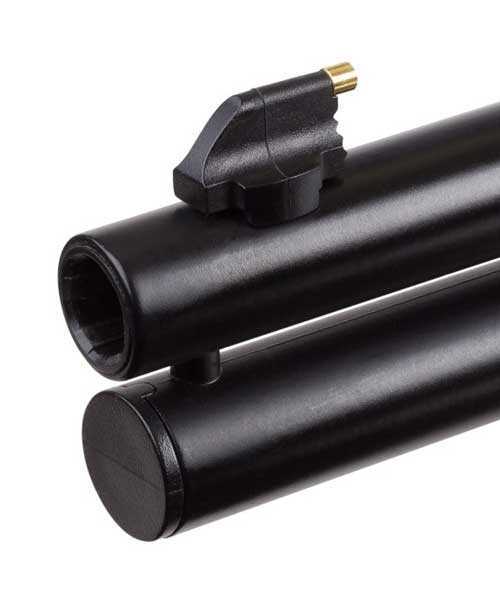 The bead is very bright! I can see it in most lighting situations. Thank you, Umarex, for not burdening us with a fiberoptic sight!

The rear sight is a true semi-buckhorn that can also be seen on vintage .22 rimfires — and even on some centerfire rifles! And it has been designed right! The front bead fits exactly in the lower notch, which it is supposed to. Whoever on the Umarex team designed these sights is a real shooter!

The rear sight adjusts for elevation, only. I can see no provision for windage adjustment. 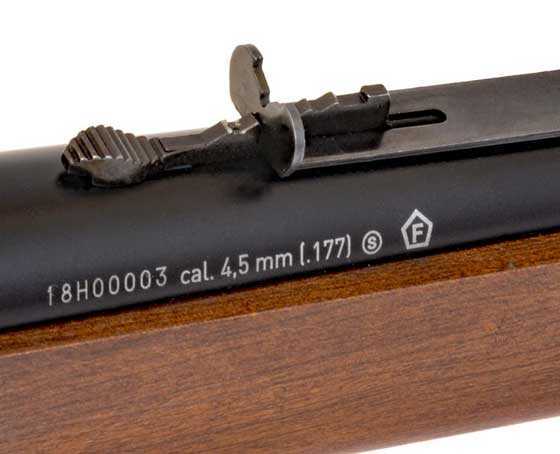 Now — THAT — gentlemen, is a rear sight for shooters!

The two CO2 cartridges go into the buttstock, fat end to fat end, so they are pierced at either end of the stack. The butt plate comes off the gun with a cap that’s attached by a bayonet fitting. Insert a coin in the slot, press in and turn 90 degrees to the left to open 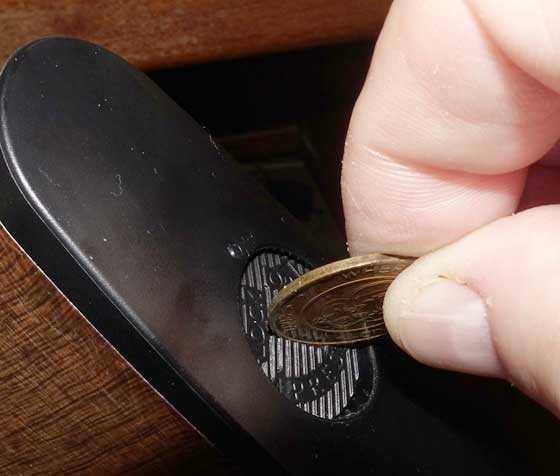 A coin goes in the slot. Push in and turn to the left. 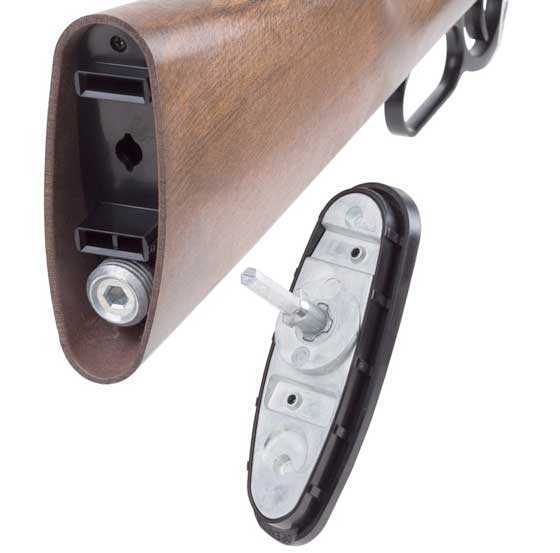 A coin in the slot. Push in and turn to the left.

We have had good single action revolvers for several years. We have had the Walther lever Action rifle for even longer. Now there is an affordable BB gun lever action. And there are Air Venturi Dust Devil BBs that fragment when they hit metal. Can cowboy action shooting with airguns be far off? Cowboy Star Dad — whaddaya think?

A lot will depend on accuracy. The realism is superb, so if the gun can hit what it shoots at Umarex will have a mega-hit on their hands!